Fairchild Tropical Botanic Garden harnesses the power of plants for humankind and shares the joy and beauty of tropical gardening with everyone.  Named for one of the most famous plant explorers in history, David Fairchild (1869-1954), the garden opened to the public in 1938. It was established on an 83-acre site purchased by Col. Robert H. Montgomery south of Miami, then later deeded to Miami-Dade County. Renowned landscape architect William Lyman Phillips, a leading landscape designer during the 1930s, designed the Garden.

Robert Montgomery and David Fairchild dedicated themselves to collecting, documenting and studying tropical and subtropical plants from around the world, especially palms and cycads, which are still the most significant Fairchild collections.

The Garden’s first 15 years saw the construction of its primary buildings and landscape features. A comprehensive master plan developed in 1994 provides a framework for continued growth and development. The Tropical Plant Conservatory and Rare Plant House, was totally renovated in 1995 and again 2012, as was the Gate House, a locally designated historic landmark.

Assembling and maintaining an outstanding botanical collection has been a fundamental part of the Fairchild Tropical Botanic Garden existence since it opened. Since Hurricane Andrew in 1992, Fairchild plant collecting efforts have intensified dramatically, as scientists sought not only to restore the Garden’s collections, but also to identify and save endangered plants throughout the tropics. Since that time, Fairchild’s collections now include tropical fruit, orchids, and Florida and native plants. 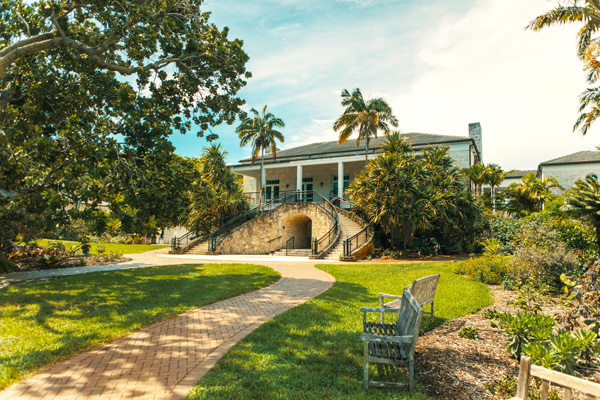 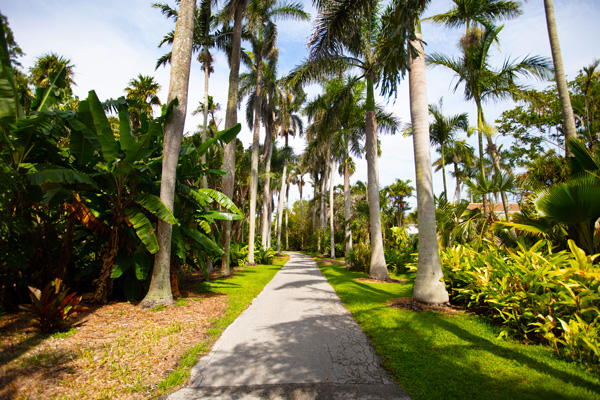 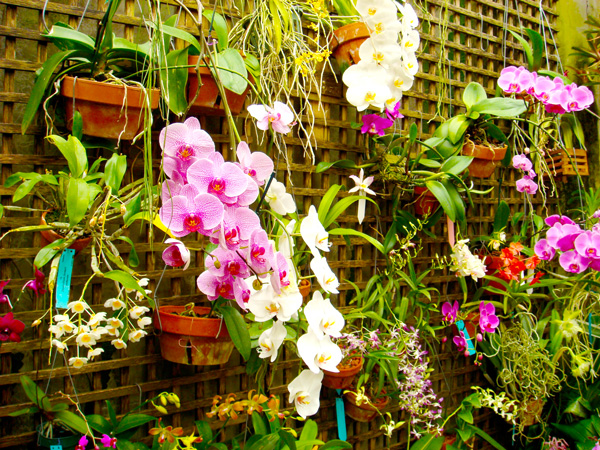 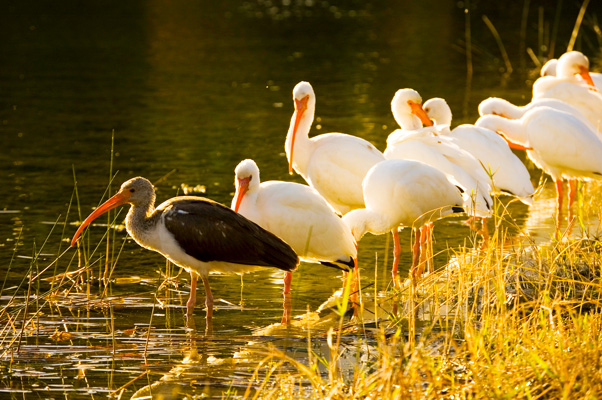 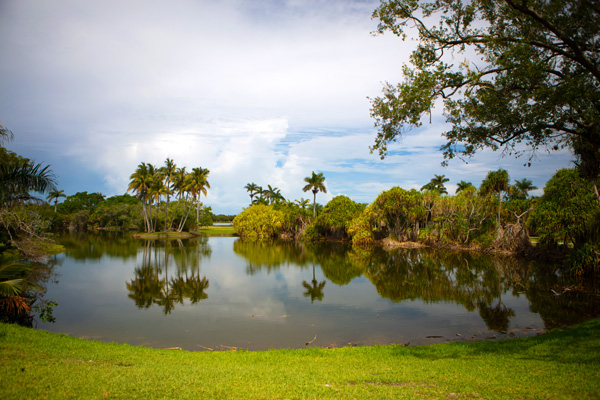 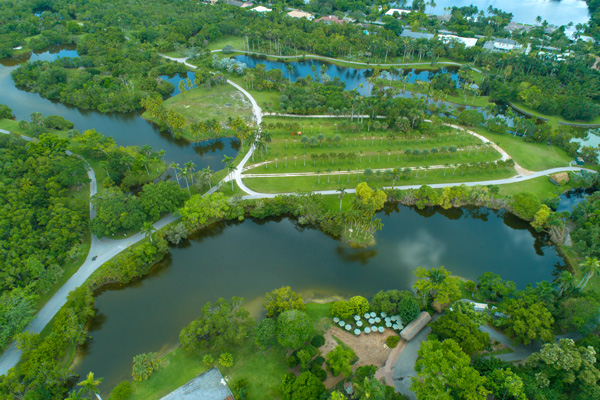 Weddings, Private Events, and Filming & Photography at the Garden

Whether it’s an intimate gathering of 10 or a large-scale event with hundreds of guests, Fairchild is ready to hold a variety of special events. You can host an elegant black-tie affair, a more casual jazz brunch or bridal luncheon, a festive rehearsal dinner, or a strategic planning meeting. Organize a thoughtful lecture series or musical performance or exquisite cocktails at sunset. Fairchild is happy to host your special event.

Imagine yourself saying “I Do” surrounded by lush gardens and romantic vistas.  That’s what you can expect when you have your event at one of Fairchild’s wedding venues in Miami.  What better way for your family and friends to experience the captivating beauty and romance of this unique paradise as you and your partner set off to start forever.

Professional or amateur photographers taking photos for engagements, maternity, quinces and other life events must obtain a permit online or from the Information Desk in the Visitor Center. You will process your permit with payment the day you plan to film/take photos at the Visitor Center anytime during regular daytime operating hours (Monday-Sunday 10:00 a.m-4:00 p.m.), for more information regarding personal professional photography/filming please contact Rosemary Aquino 305-667-1651, ext. 3300.

Photographs and videos of Fairchild Tropical Garden are not to be used for any commercial purposes without authorization. Professional photographers or filmmakers taking photos for promotional use must contact the Special Events Department in advance before filming or photography of any kind.