Vizcaya Museum & Gardens is an oasis of silence and green, miraculously preserved just south of Miami’s modern skyline in Coconut Grove. The heart and main living area of the house is the Courtyard, which was originally open to the sky. The house was designed to take full advantage of its location on Biscayne Bay. Industrialist James Deering (1859-1925) built Vizcaya between 1914 and 1922, where he spent his winters.

Originally, he wanted Vizcaya to be approached and seen from the sea. The east façade on the bay is the most monumental and the only symmetrical one—it opens onto a wide terrace that descends toward the water. The other sides of the house have unique relationships with the surrounding grounds. The west façade, which has greeted visitors since Deering’s time, is simple and contrasts with Vizcaya’s elaborate interiors. The north façade accommodates one of Vizcaya’s most delightful inventions—the swimming pool that emerges from vaulted arches at the lower level of the house. The south façade opens onto the formal gardens with enclosed loggias on the first and second floors. 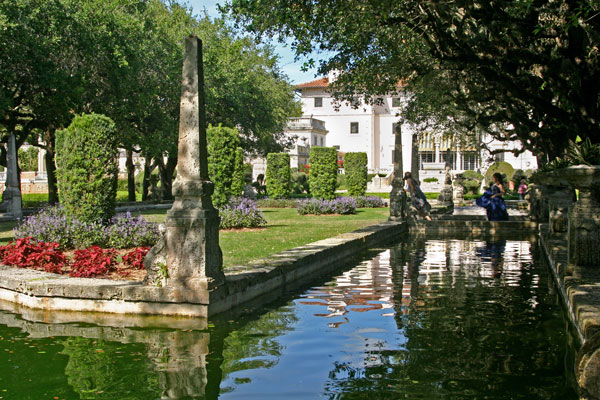 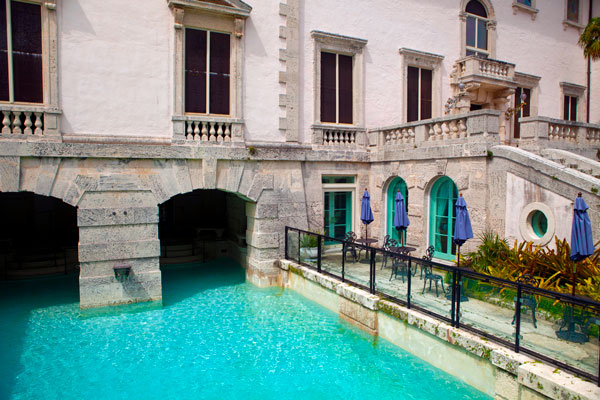 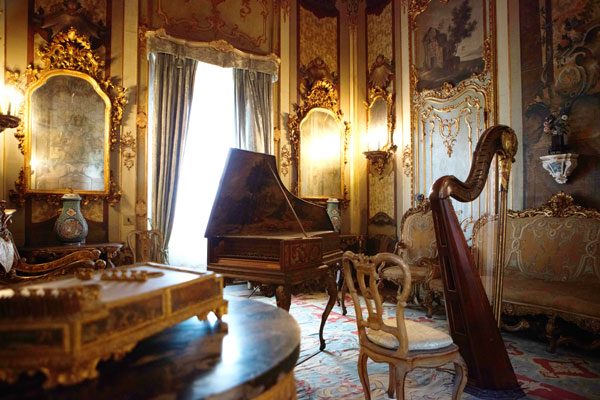 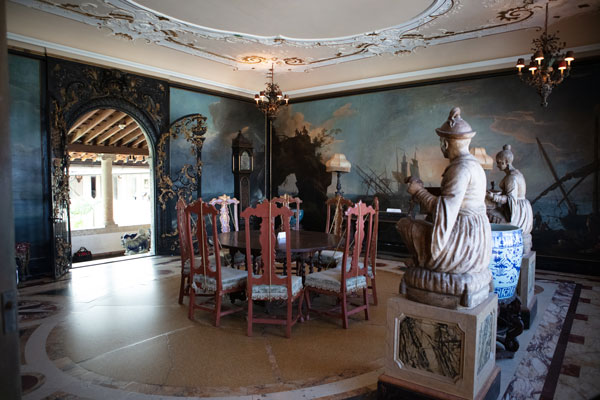 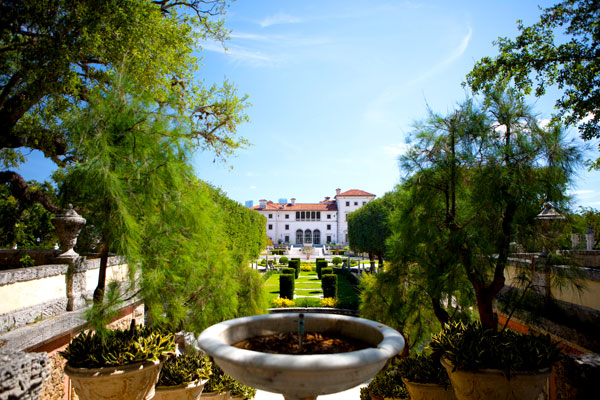 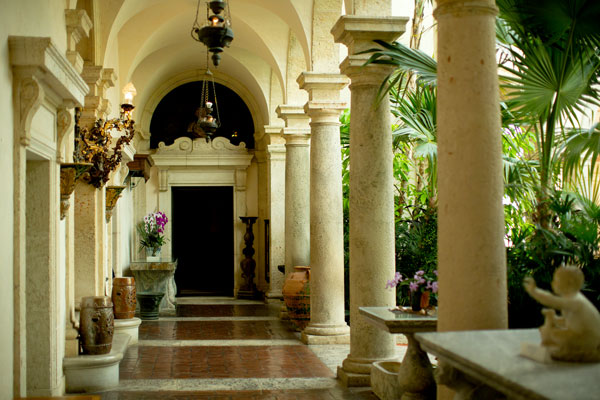 With its majestic architecture and magical gardens on Biscayne Bay, Vizcaya is a stunning venue for weddings, corporate affairs, and social events. Those who have enjoyed an evening at Vizcaya with family, friends, colleagues or clients know there is nothing quite like it!

Vizcaya is available for rent every day of the year except for certain major holidays. Their experienced staff in the facility rental program is eager to work with you to make your special event memorable.